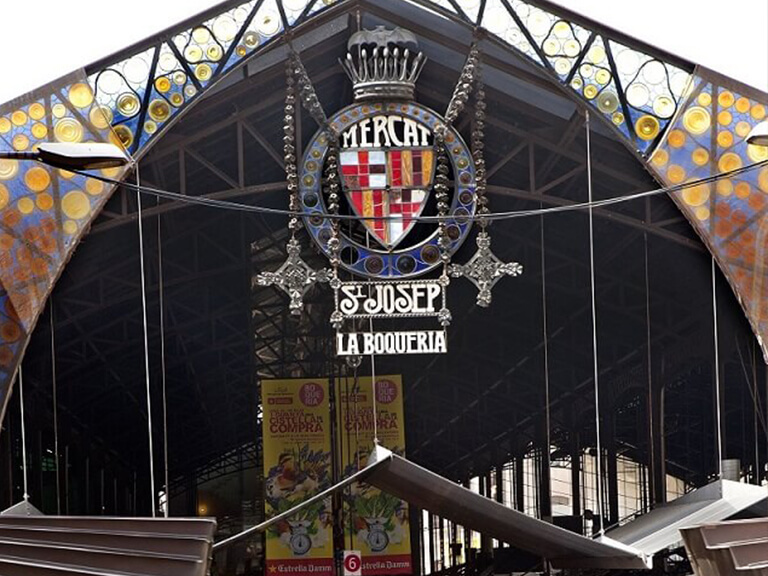 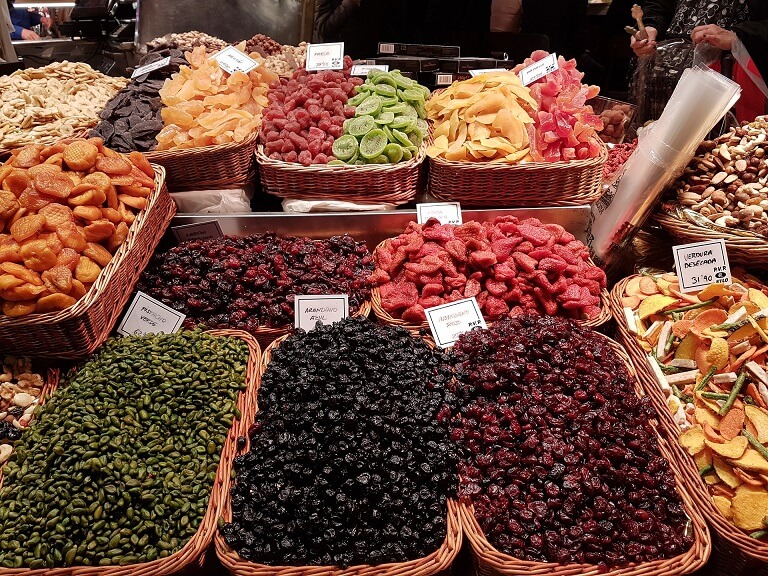 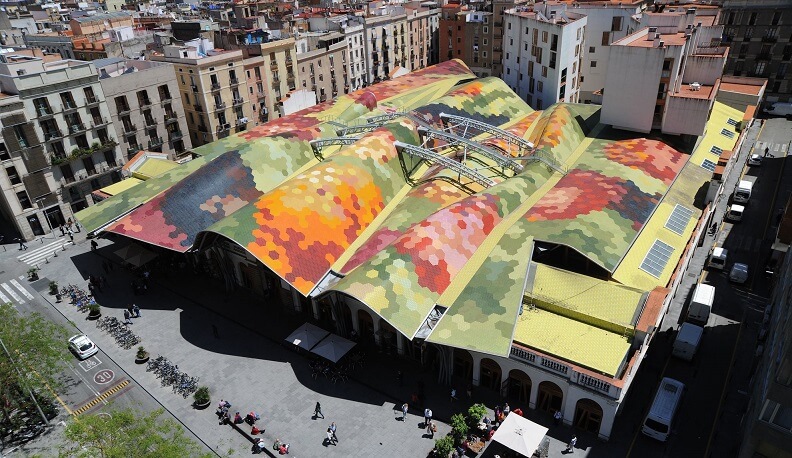 Barcelona is a Mediterranean city, full of life and color, where gastronomy is part of its culture. The intense commercial activity of Barcelona from its origins has ensured the markets an active role in citizen life and the city still has 39 food markets.

This tour allows you to visit two of its old markets: La Boqueria and Santa Caterina.

We will start the tour with a walk along the most famous avenue in Barcelona, the Rambla, which until the end of the 19th century was the most elegant avenue in the city. By the  famous Rambla of the Flowers is the Boqueria Market, opened in 1840. We will explore it: its colors, its products, its seafood, its seasonal fruit…. And we will continue to the Santa Caterina Market inaugurated in 1844 and remodeled in 2005 with a corrugated roof covered by a 4200 square meter mosaic in the colors of fruits and vegetables.

During the visit to the markets we will taste two different products.

The tour will end with a visit to a third market : El Born, built in 1876. Today it has become a cultural center of the city that houses historical remains of 17th century.

If you like markets, Barcelona Moments will make some recommendations so  you can continue visiting them during your free time.

MEETING POINT: Plaza Catalunya, in front of the Hard Rock Café. We can also pick you up from your hotel!

WHAT IS INCLUDED: Licensed guide in the chosen language, established itinerary and two tastings.

NOT INCLUDED: Transportation. It is a walking tour.